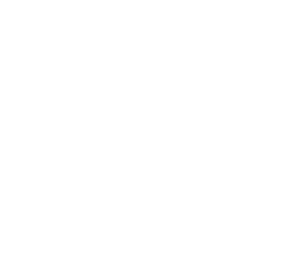 Calabasas
Encino
Schedule private consultation
For decades, California has been one of the best places to invest in real estate. A lot of people want to live there. And, unlike the problem with Florida – another real estate favorite –  demand for housing isn’t complicated by speculation in future retirement property. That said, strong demand in California tends to create boom-and-bust cycles driven by the fortunes of different industries.
Aircraft in Los Angeles, the navy in San Diego, finance and the Internet in San Francisco, computers and then biotechnology in Santa Clara county – all graft their rise and fall on top of a steady stream of in-migration from other states and abroad.
Homes in many California markets were high-priced well before a surge of sub-prime lending produced the great crash of 2008, so it’s no surprise that prices dropped sharply at that time, but – and this is the important point – not nearly as much as in other boom markets like Arizona and Florida. The underlying appeal of living in California always produces a fast recovery.
In the past three years home prices have risen again – 25 percent in the LA area, 33 percent in San Francisco, similar amounts throughout California. And Local Market Monitor forecasts that increases of the same magnitude should be expected over the next three years.
When home prices rise like that, they eventually become unsustainable. That’s the situation now in LA and San Francisco. That doesn’t mean they’ll fall any time soon – we do expect them to go higher for several years – but it does mean they have less room before eventually topping out. In such over-priced markets, it’s difficult to buy rental property at a reasonable price – the ratio of home price to annual rent is too high. In LA that ratio is 26, in the city of San Francisco it’s 44; a ratio of 20 is usually the highest you want to go.
In these markets, therefore, it’s difficult to buy and rent out single-family homes; investment in rentals means apartment buildings. Or you can flip homes.
In other California markets, prices have risen briskly off the bottom but – because the crash was harder in these places – there’s still plenty of room before prices get too high. These markets are of two types. Some, like Stockton and Modesto, were built out as cheaper alternatives to the near-by larger, expensive centers. Some, like Redding and Bakersfield, are currently mired in a poor local economy that may or may not recover anytime soon.
The investment strategy differs according to the kind of market you’re dealing with. In the Stockton type, close to the larger centers, demand is almost certain to return – both for single-family homes and for rentals. Your main concern is that the physical structure you buy, probably put up in a hurry ten years ago, is in good shape.
In the Redding type, you’ll need to spend more time assessing the economic prospects, how long before things turn around? – in California, markets don’t die, they just transform – and in such markets it’s best to invest at the higher end.
There are always investment opportunities. And in California there always seems to be another chance.
Contact your local Wish Sotheby’s International Realty office or visit www.wishsir.com for expert assistance with all of your real estate needs.

Source: How To Ride The Tide Of California Home Prices